Eldorado Volume One is available now. Eldorado is a limited edition travel bookazine from a creative global collective, created by Folch Studio (based in Spain).

Eldorado Volume Two is available now on loremnotipsum.com. Eldorado is preserving nature by unveiling its beauty through insightful stories. Eldorado is a limited edition travel bookazine from a creative global collective, created by Folch Studio (based in Spain). Folch Studio is also publishing Odiseo magazine and they were responsible for the relaunch of Openhouse magazine.

In this second volume, Eldorado captures the sensation of being exposed to the infinite and mysterious marvel of the universe in Alaska; climbing four burning Javanese mountains in order to escape; walking in the shadow of everest, in the footsteps of three boys with intellectual disabilities; traveling through Western Mongolia, a land where respect is a matter of survival; of discovering peace in Oman, a beautiful country, indifferent to the world outside its borders; being welcomed into a non-nation, a place called Nowhere, where people are looking and waiting for home; being shipwrecked on an island in the heart of the pacific and finding something we have lost; having the breath knocked out of you by unbearable barrenness; the jungle at night, moving with life; or putting your career on hold to sail solo around the world for four years, with only a bird and a gecko for company.

Eldorado Volume Two is a limited edition travel bookzine from a creative global collective. With an aesthetic and poetic storytelling approach, the publication gathers ten stories from inspiring travellers that leave their homes and set off to explore, celebrating the intimate inner experience of the travellers, the wonders of the places and people they encounter and the sublimity of the great outdoors. 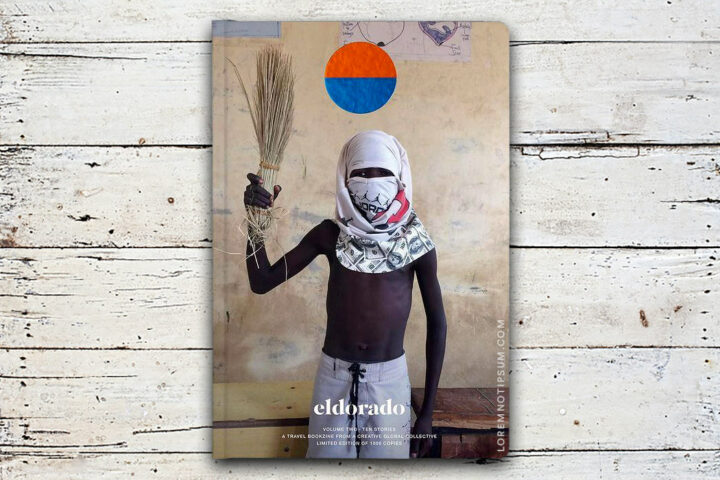