Kyoto Journal Issue 97 (Next generations) is available now from LOREM (not Ipsum). This issue shines a light in particular on the youth of Japan, whether bringing new relevance to traditional industries and the arts or spearheading the local extensions of global movements. What changes and obstacles do they anticipate will face the generation after them?

Kyoto Journal is an award-winning magazine 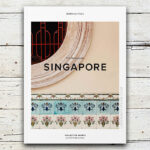 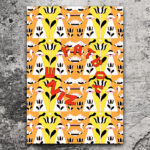 Kyoto Journal Issue 97 (Next generations) is available now from LOREM (not Ipsum). In a time of transitions—the start of the Reiwa Era, the turn of the decade, the return of the Olympics—KJ97 looks to those engaged in shaping the next phase of Japan’s history.

This issue shines a light in particular on the youth of Japan, whether bringing new relevance to traditional industries and the arts or spearheading the local extensions of global movements. What changes and obstacles do they anticipate will face the generation after them?

Founded in 1987, Kyoto Journal (KJ) is an award-winning, volunteer-driven quarterly magazine presenting thought-provoking cultural and historical insights from Kyoto, Japan and all of Asia. Now the longest-established independent English publication in Japan, our interdisciplinary approach, high standards of journalism and stunning design have brought us several international independent press awards, including the Utne Reader and Pushcart Prize. Our Founding Editor, John Einarsen, also received the Japanese government’s Cultural Affairs Agency Award for Kyoto Journal’s long-term efforts to introduce Kyoto and Japanese culture to the English-speaking world. A journal, whether public or private, is an ongoing means of looking afresh at the inhabited world, both social and natural. In selecting material for Kyoto Journal we look for intelligent work that comes also from the heart. We are curious about society, beliefs, traditions and new developments — how people live, and live well — through the lens of Asian experience. At the same time, our name, “Kyoto Journal,” also reflects more than a physical location. Kyoto is a place of deep spiritual and cultural heritage, and has been the measure of such things here in Japan for more than a millennium. Kyoto culture has looked deeply inwards and has also drawn richly from outside, especially since the Meiji modernization. Essentially, Kyoto Journal is a community that transcends place, while respecting and celebrating regional and local identity.

KJ’s Codi Hauka interviews young photographer and amputee, Mari Katayama, whose work is to be exhibited in the 2020 edition of KYOTOGRAPHIE International Photography Festival (postponed til September).

We talk to Fuyuko Kobori, the first woman to head a major school of tea; Kenta Nakazato, a ceramicist in his 20s from a 400-year-old pottery lineage in Karatsu, Kyushu; and Sanjiro Minato, who has saved several sento (public baths) from ruin and fostered new appreciation of them among university students.

KJ’s Susan Pavloska talks with the residents of Yoshida-ryo, the long-time self-governing dormitory on the Kyoto University campus as it weathers attempts by the administration shutter it; and Sookyong Yoo elucidates the multi-generational appeal of manga.

Ainu academic, Dr. Kanako Uzawa, recounts how she connected with her with heritage while growing up in Japanese society, Gill Steel investigates the low voter turnout among Japanese youth, and we look at the long fight for gender equality in the country.

Over nearly 40 years, Bruce Osborn captures thousands of Oyako (parents and their children), while James Fyfe travels to depopulating, ageing small towns around Japan to seek out the faces behind the statistics. 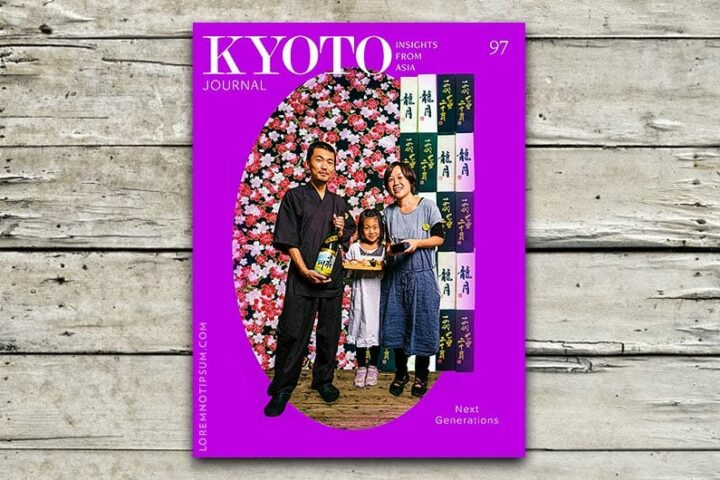