The Great Discontent Issue 1 is available now at LOREM (not Ipsum)! The inaugural double issue includes 272 pages and 17 longform is featuring a collection of inspiring interviews beautifully laid out in a 272-page magazine.

The Great Discontent Issue 1 (the Leaps Issue) is available now on loremnotipsum.com. Funded via a successful Kickstarter campaign, issue one features 17 interviews, including 2 print-first features: Tavi Gevinson and Roman Mars.

The Great Discontent (TGD) is a magazine featuring interviews on beginnings, creativity, and risk. Cofounded by Ryan & Tina Essmaker, TGD launched online in August 2011 and has grown to include a print counterpart, a short film series, and other content-related projects and collaborations. In January 2014, they decided to embrace risk and shake things up. They simultaneously quit their day jobs to focus on The Great Discontent and launched a Kickstarter campaign to raise funds for their first printed issue. After a nail-biting 30-day campaign, the TGD community helped raise enough money to take the magazine to print. The duo began working on the magazine immediately, teaming up with Brooklyn-based designer Frank Chimero of Another to assist with editorial design and art direction. 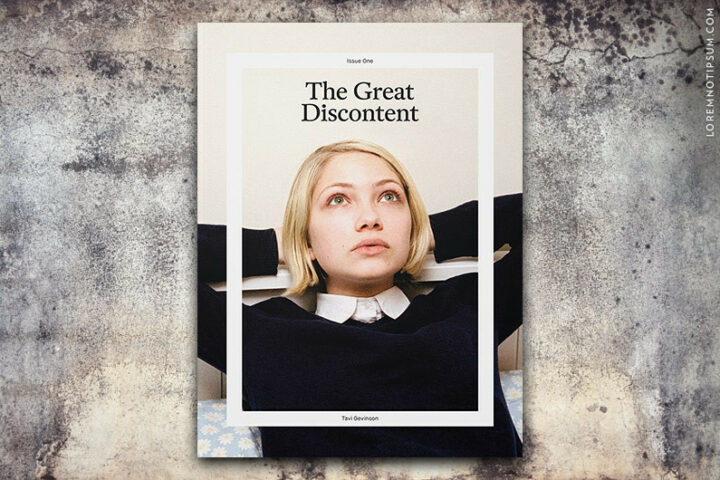