Another Man magazine Issue 27 (AW18) is out now! This season, Another Man presents four diverse covers, each telling a different story of love, romance, desire and lust.

Another Man magazine Issue 27 (AW18) is out now! This season, Another Man presents four diverse covers, each telling a different story of love, romance, desire and lust.

First, British actor BEN WHISHAW is photographed by Willy Vanderperre and styled by Alister Mackie. Over breakfast, the reluctant star – famed for his effortless embodiment of troubled, complex souls in Brideshead Revisited, A Very English Affair and, next, a riotous adaptation of Dickens’ David Copperfield – explains his attraction to the dark side of romance.

Inside the issue, rock and roll’s great romantic NICK CAVE curates a 32-page Document: filled with personal snapshots, spontaneous scribblings and private obsessions, it offers a unique glimpse into the inner world of a true renaissance man.

PLUS: the best of the A/W18 Collections; this season’s to-die-for Objects of Desire; and a pull-out poster of Tim Walker and Katy England’s spectacular shoot for your wall.

Another Man magazine is a publication from the UK and published bi-annually. In 2005 the magazine was launched to cater to an expanding menswear market and resurgence of creativity in men’s fashion. Essays and interviews with figures like JG Ballard, Richard Prince and Tom Waits alongside pioneering fashion made it the first magazine for men that combined intelligence, luxury and a sense of adventure. The Another Man magazine is part of independent publishing company Dazed Media, alongside Dazed and Dazed Digital. 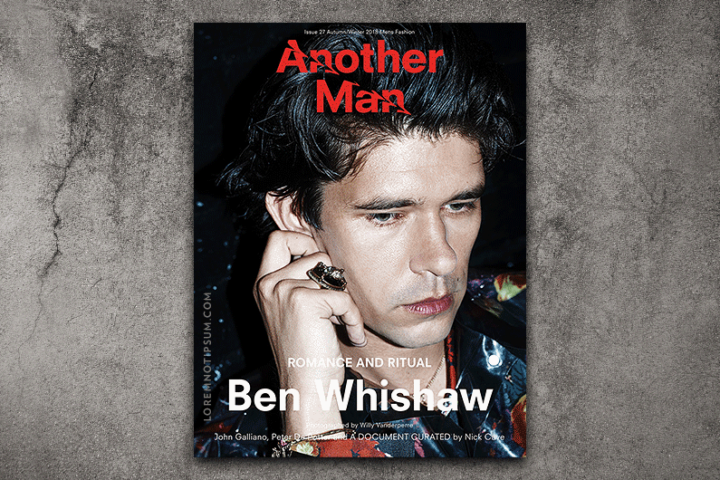