Disegno Magazine No. 16 is available now at LOREM (not Ipsum). Disegno is aimed at those who are hungry for updates on architecture, design and fashion.

Matthias Merkel Hess’s ceramics re-wilded in New York’s Chinatown; public space in post-coup Istanbul; an assessment of where driverless vehicles leave the cultural cipher of the driver; a micro-history of the protest banner from Glenn Adamson; a documentation of the moving town of Kiruna; the destruction of cultural property in Palmyra and efforts to combat it; cathartic clubbing with Charles Jeffrey from Loverboy; Paola Antonelli on fashion as product design; a re-interpretation of Erik Satie’s century-old furniture music by Yuri Suzuki; reflections on the renewed interest in the monumental mosaic art of the former USSR; States of Undress providing fresh perspectives on global fashion and its discontents; app-aided explorations of the architecture of London; and a romp through Helsingborg’s Museum of Failure. 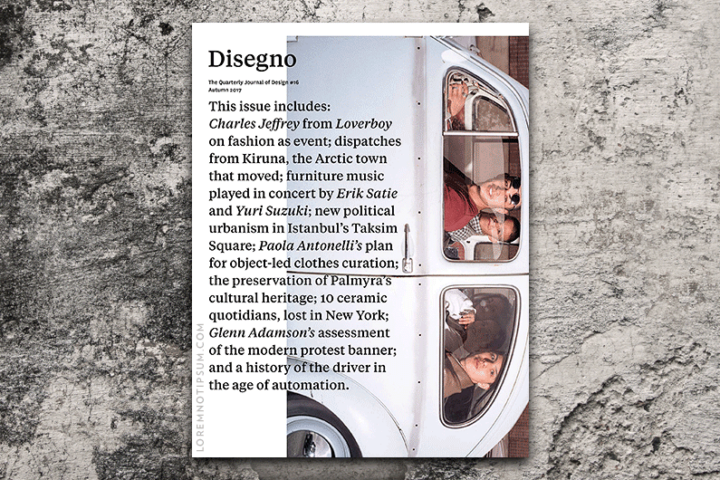