Disegno Magazine No. 18 is available now at LOREM (not Ipsum). Disegno is aimed at those who are hungry for updates on architecture, design and fashion.

Freddy Mamani and the New Andean Architecture of El Alto; an analysis of memes as a future design form; Franklin Till’s efforts to bring rigour to trend forecasting; the mid-century couture of Paul Thomas Anderson and Daniel Day-Lewis in The Phantom Thread; photographs from a women’s weaving cooperative in Kabul; a report looking at chrome’s past and future; Naoto Fukasawa in conversation with Mobike’s Hu Weiwei; a roundtable discussion about mind-controlled machines with Jonathon Keats and José Millán; a look at OMA’s rehang of the Stedelijk Museum; the history of a colour in Han Kang’s The White Book; an all-nighter at the Muji Hotel; D.235.1 Chair meets her long-lost son, Robin Hood Gardens; eight approaches to moulding technology; Kenya’s first running shoe; and the reanimation of postmodernism by Terry Farrell and Adam Nathaniel Furman. 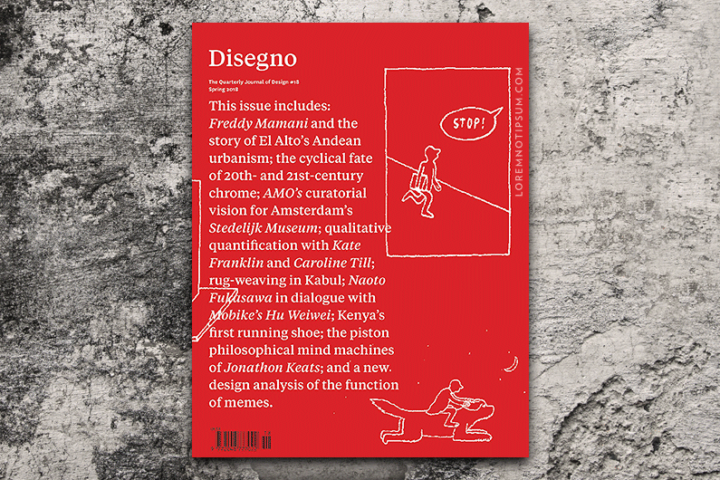