Disegno Magazine No. 20 is available now at LOREM (not Ipsum). Disegno is aimed at those who are hungry for updates on architecture, design and fashion.

Carolien Niebling’s food design philosophy; soft power in the Vatican’s plans for cultural outreach; a masquerade of nine designs for pretence and imitation; Oscar Lhermitte’s plans to jumpstart Kickstarter; the conception of crisis in Sweden’s national warning pamphlet; Michael Marriott and the scheme to potato print with a primrose Volvo; the reintegration of St. Louis’s Gateway Arch by Eero Saarinen; mimicry and performance in Sam Jacob’s review of the story of Cape Town’s Villa Savoye replica; Gary Hustwit offers an early glimpse of his new documentary about Dieter Rams; port diplomacy in Sri Lanka’s Hambantota; a redesigned pint glass by Kenneth Grange; architecture to prevent Palestinian fragmentation from the A.M. Qattan Foundation; a reimagination of the colour pink; and Disegno’s inaugural crossword. 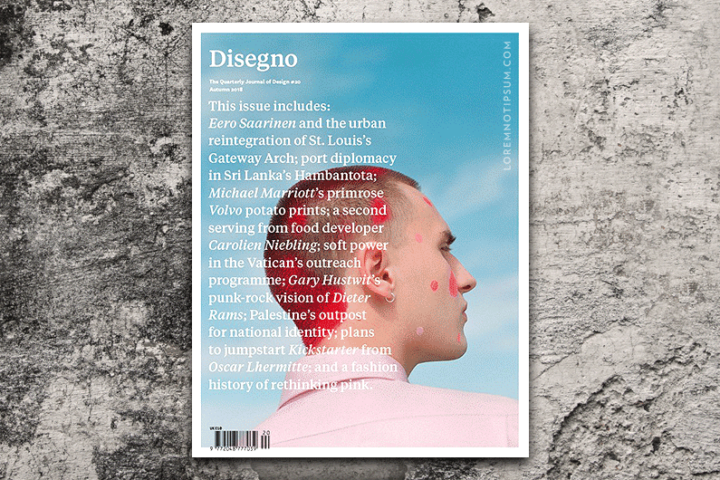