GOOD Magazine Issue 33 is available with a new, fresh design! It was almost exactly 10 years ago now that the first ideas for GOOD started to emerge—the first notes jotted down, outlines sketched, and early references pulled.

It was our response to what we sensed was a burgeoning movement in culture: a movement of people who were hungry to engage with the world around them in new and creative ways. We saw this across all sectors and age groups but realized there was a common thread linking it all. This was a story we needed to tell and a movement we wanted to push forward. In 2006, we launched GOOD as “a magazine for people who give a damn.” It was imagined as an ongoing manifesto for this new movement and its community. We sought to inspire and inform people of the possibilities in our world, while providing each one a sense of connection to others who were thinking and operating on the same wavelength. Now, for the first time since we launched, we have re-imagined what this magazine could and should be from the ground up. A lot has changed over the last eight and half years. Social technologies have rewired our culture and upended entire industries. A global recession, along with growing recognition of our collective role in environmental change, further clarified how truly interconnected we all are. The whole notion of “social good” that we helped pioneer has evolved from a worldview on the fringe to something widespread, if not quite yet ubiquitous.

GOOD has iterated and evolved over the years to match. We grew from a print magazine into digital media, video, events, and a strategic consulting practice that aims to help other organizations succeed while also doing good. Through it all, we’ve embraced experimentation and sought to try new things. We built and ran a social network for the GOOD community which ultimately did not work, though the core learnings from that are feeding into a mobile app we’re beginning to develop called CTZN. 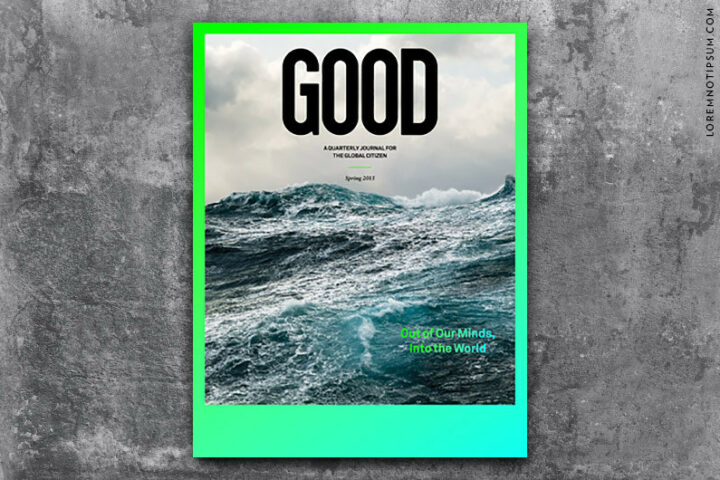