Life & Thyme Magazine Issue 1 focuses on the unsung heroes of the culinary industry—whether it’s a farmer on the footsteps of Mount Shasta in California, an apprentice working day in and day out of the kitchens of Copenhagen, a Vietnamese shrimper off of the coast of New Orleans.

Life & Thyme Magazine Issue 1 is available on loremnotipsum.com and focuses on the unsung heroes of the culinary industry—whether it’s a farmer on the footsteps of Mount Shasta in California, an apprentice working day in and day out of the kitchens of Copenhagen, a Vietnamese shrimper off of the coast of New Orleans, or even an unpopular cut of meat to be cooked delicately and beautifully into a dish to be devoured. Each story is carefully crafted into an essay, interview, recipe, or photo essay that documents hardworking people around the globe striving for a better food world.

An anomaly in the meat industry, founder of Belcampo Meat Co., Anya Fernald has built a sustainable meat company that controls every last bit of the process. With Belcampo’s farm situated in pristine Northern California, their animals roam freely on a grass-fed diet, and are eventually processed, butchered, and sold—all through Belcampo, exclusively.

Blades of the Gods

German-engineered and forged by Balinese blacksmiths, the knives of Blades of the Gods are the epitome of what a chef would ever ask for in a chef’s knife. We traveled to Bali to get a first hand account of the forging process by head blacksmith Ketut Mudra.

A Chef and His Fish Purveyor

For Chef Michael Cimarusti, his fish purveyor, Alfredo Gurrola, holds the keys to the heart and soul of Providence—Cimarusti’s Michelin-starred restaurant in Los Angeles. As early as five a.m., Alfredo is already receiving some of the finest fish from across the globe at International Marine Products (IMP) in downtown Los Angeles to then be sold to LA’s most revered chefs.

Literally meaning “house of God,” the Harmandir Sahib is India’s Golden Temple that sits above a body of water in Amritsar, Punjab. Men and women of any religion, belief system, and background may visit the Harmandir Sahib to enjoy a meal for free. This incredible act of humility is supported by donations and volunteers who are willing to partake in a human assembly line to feed the thousands upon thousands of visitors on a daily basis. 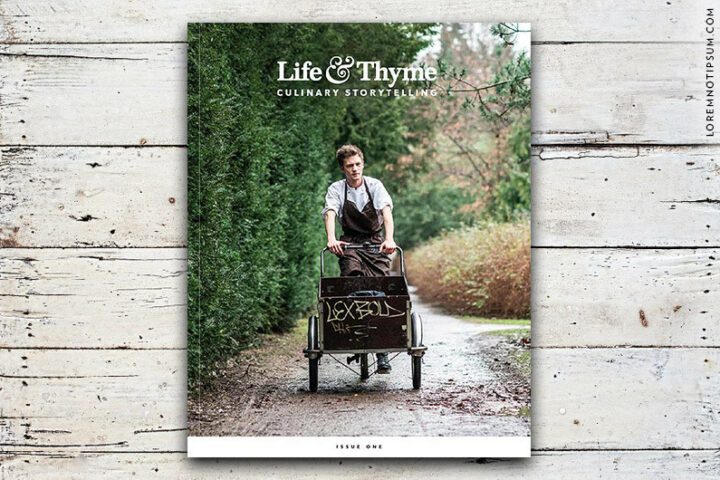