PIN–UP magazine captures an architectural spirit rather than focusing on technical details of design. PIN-UP magazine is interviewing architects, designers, and artists, and presenting work as an informal work in progress, a fun assembly of ideas, stories and conversations paired with cutting-edge photography and artwork. Both raw and glossy, the magazine is a nimble mix of genres and themes, finding inspiration in the high and the low by casting a refreshingly playful eye on rare architectural gems, amazing interiors, smart design, and that fascinating area where these areas connect with contemporary art. In short, PIN–UP magazine is pure architectural entertainment!

MARIE-JOSÉ VAN HEE
After a half-century career, this Belgian trailblazer still subscribes to an unhurried way of life yet shows no signs of slowing down.
Interview by Alexandra Cunningham Cameron
Portraits by Jef Jacobs

MARTHA ROSLER
With an uncanny sense of responsibility and her powers of suggestion, this American art provocateur speaks softly but carries a big shtick.
Interview by Stephanie Murg
Portraits by Josep Fonti

OLE SCHEEREN
After almost 15 years in Asia this meister-builder is back West, walking the tightrope of commerce, community, high density, and economy of scale.
Interview by Katya Tylevich
Portraits by Lyndsy Welgos

Plus, an all-American home story with Calvin Klein Home and a supplement on Luigi Caccia Dominioni’s furniture design. 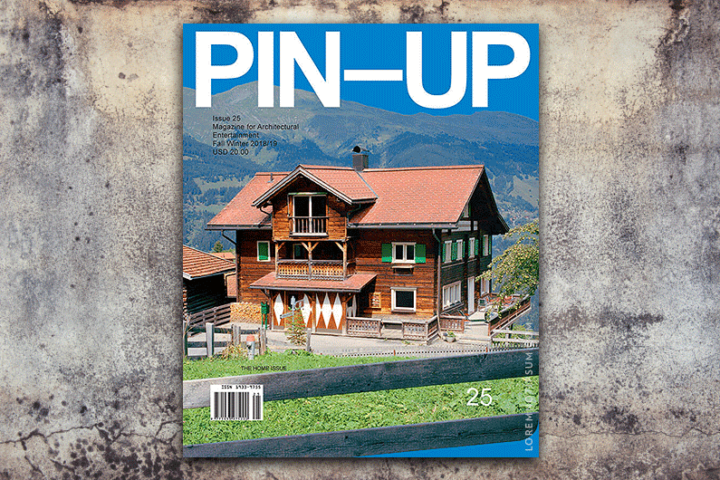