Sirene Magazine Issue 10 is now available at LOREM (not Ipsum). Sirene Magazine is for those who have decided to follow their passion for the waves and the ocean, there comes a moment to separate their existence from already beaten social paths, to invent new ones. Issue 10 features: Ocean Pools. Among the Waves of Mayumi Oda. The Sky Above the Boats. High Latitudes: Integrity at the End of the World. Paddle Your Own Kayak. Oxides. Surﬁng Explorer Peter Troy. Sand: Between Land and Sea.

Sirene Magazine is a bi-annual publication tailored for those people who feel close to the sea even when they are far away from it. The magazine approaches the water from every angle: emotional, cultural and scientific. Through new aesthetics and new ethics with respect to the sea, encourages better care of the oceans. The paper is made from algae, hinting at saltiness or sand. For every half kilo of fresh algae, a kilo of wood is saved. The magazine references the sea in its layouts too and it’s designed to be collected.

The Ocean in a Pool
Diving and swimming in the salt water of the ocean pools is a kind of ritual for Australians, strengthening their bond with the land, the sea that surrounds it, and Nature that will not be tamed. Ever

Paddle Your Own Kayak
A mantra which Harvey Golden has embraced, starting to build his own kayak, soon becoming one of the leading experts of the “skin on frame” of Alaska and Greenland.

The Sky Above the Boats
In the open seas, before seeing land, sailors start to lift their gaze above the horizon, as they await the beating of wings.

High Latitudes
Will Stirling, designer, owner and captain of Integrity, writes about his Arctic adventures aboard the boat, based on the lines of the late 19th century Gentleman’s Cutter.

Among the Waves of Mayumi Oda
Artist, environmentalist, pacifist, born in Japan. Hers is an ancestral sea of constantly rippling waves to swim in, thus rediscovering harmony with the world.

Peter Troy. To the Four Corners of the World
Australian surfer and wayfarer. His travels by cargo ship, by sailboat, by bicycle, with his inseparable board, have marked the path for generations of surfers.

Oxides
It is the corrosive effect that the humid and saline environment has on metals, but inside us oxidation is something that makes us alive.

Save the Reef
“Saving the reef means saving the world” says Austin Bowden-Kerby, the pioneer of coral gardening.

Sand: Between Land and Sea
We travel to the dunes of Flecheiras, Ceará, Brazil with award-winning photographer and filmmaker Morgan Maassen. 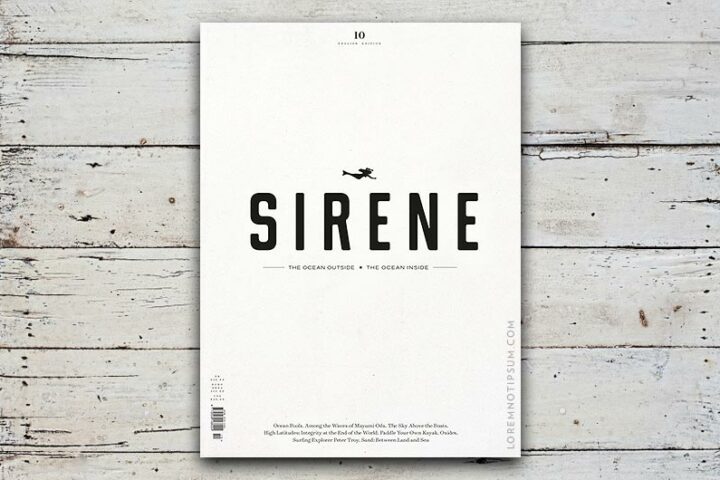