Stranger Things’ Sadie Sink is this issue’s cover star, photographed in New Jersey by Juergen Teller, wearing pieces from Miu Miu’s latest collection. Conspicuously not an established fashion designer nor an authority on where the industry’s going; simply a talented, just-turned 16-year-old actress, experiencing the realities of entering a new age while navigating the turbulence of public exposure. Fragile yet powerful – the embodiment of our times.

Also in this issue:

System Magazine explores with style and substance the dialogues at the heart of the global fashion industry. System Magazine is published biannually and offers exclusive long-format conversations with fashion’s most relevant, most powerful and most opinionated individuals, accompanied by portfolios created by the industry’s most in-demand image-makers. System Magazine is exploring and commenting on fashion’s constantly shifting landscape, System is a platform for deep thoughts and real opinions – shared within the industry and, in turn, influencing the broader world. 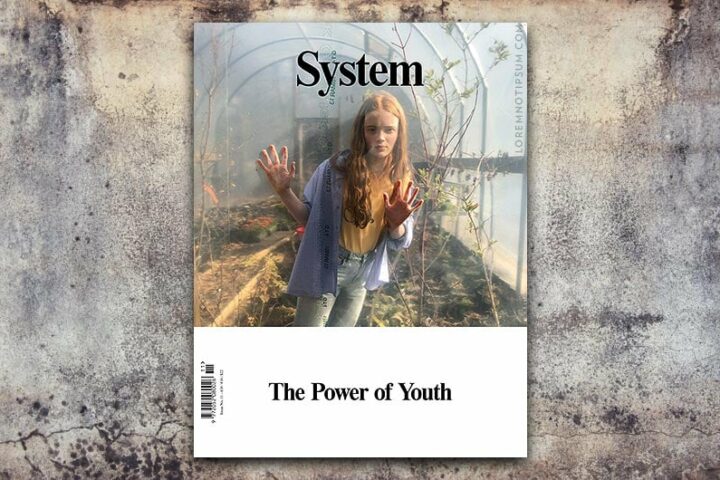