The Great Discontent Traveler Issue 1 is out now and the perfect travel-sized version of our beloved large format magazine—small and light enough to take anywhere—packed with the same inspiring content our readers love. Each issue contains 4 features with today’s artists, makers, and risk takers.

The Great Discontent Traveler Issue 1 is available now on loremnotipsum.com. In this issue: Actor Omar J. Dorsey reminisces on 15 years of performing and pushing past the stereotypical Hollywood roles; designer Leta Sobierajski opens up about taking the leap into full-time freelance work and her unique aesthetic; artist and designer Geoff McFetridge reflects on growing his business on his own terms; and production designer Ruth De Jong shares what she’s learned from her mentors and why she has no regrets.

TGD Traveler is the perfect travel-sized version of our beloved large format magazine—small and light enough to take anywhere—packed with the same inspiring content our readers love. Each issue contains 4 features with today’s artists, makers, and risk takers.

The Great Discontent (TGD) is a magazine featuring interviews on beginnings, creativity, and risk. Cofounded by Ryan & Tina Essmaker, TGD launched online in August 2011 and has grown to include a print counterpart, a short film series, and other content-related projects and collaborations. In January 2014, they decided to embrace risk and shake things up. They simultaneously quit their day jobs to focus on The Great Discontent and launched a Kickstarter campaign to raise funds for their first printed issue. After a nail-biting 30-day campaign, the TGD community helped raise enough money to take the magazine to print. The duo began working on the magazine immediately, teaming up with Brooklyn-based designer Frank Chimero of Another to assist with editorial design and art direction. 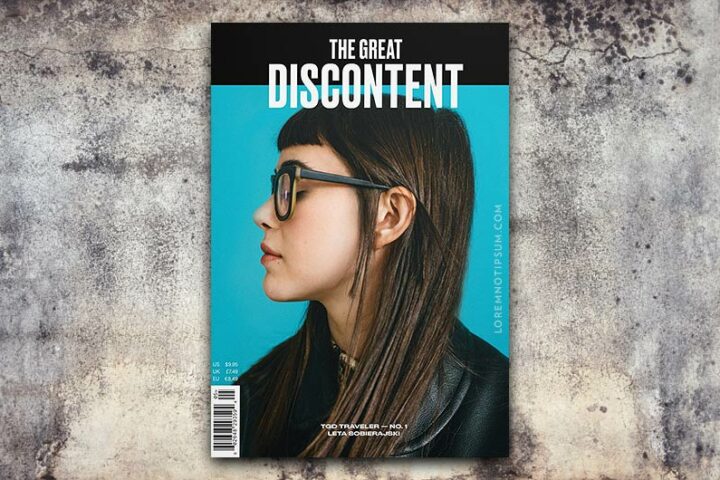