Another Man Issue 22 is available now! This season, Another Man’s covers celebrate rock’n’roll’s royal families, and introduce the rightful heirs to the rock throne. Oli Burslem – frontman of the UK’s most exciting new band Yak – Georgia May Jagger, Gabriel Jagger and Wolf Gillespie star on four covers photographed by Willy Vanderperre and styled by Another Man’s creative director Alister Mackie. For the fifth and final cover, Bobby Gillespie is photographed by Harley Weir and styled by Alister Mackie.

Another Man Issue 22 is available now! Inside the issue, Another Man is granted unprecedented access to the Rolling Stones archive for an extensive 40-page story featuring the iconic costumes of Mick Jagger, unseen artefacts from the band, and a preview of Autumn/Winter 2016 fashion, photographed by Willy Vanderperre, styled by Alister Mackie and worn by a gang of very special guests. In the accompanying interview, Tim Blanks talks to Mick Jagger about the clothes that have helped him shapeshift through the ages.

Plus: Archive, a 32-page document devoted to biker outlaws, decadent dandies and the far-out Far East. Inside, the new Triumph motorbike gets a cosmic makeover courtesy of Another Man; an audience with Rolling Stones confidant and the man who really got the 60s swinging, Prince Stash Klossowski De Rola; author Karl Taro Greenfeld takes a ride into the drug-fuelled underworld of Tokyo biker gangs; a conversation between Bobby Gillespie and Danny Fields, the punk pioneer who managed Jim Morrison, Iggy Pop and Nico, and lived to tell the tale; and a rare interview with the grandmaster of Japanese psychedelic art Tadanori Yokoo.

Another Man magazine is a publication from the UK and published bi-annually. In 2005 the magazine was launched to cater to an expanding menswear market and resurgence of creativity in men’s fashion. Essays and interviews with figures like JG Ballard, Richard Prince and Tom Waits alongside pioneering fashion made it the first magazine for men that combined intelligence, luxury and a sense of adventure. The Another Man magazine is part of independent publishing company Dazed Media, alongside Dazed and Dazed Digital. 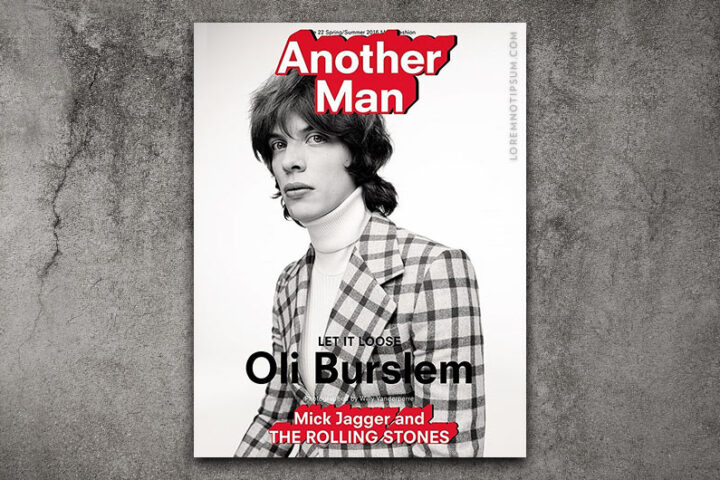