Auslöser Magazine is a biannual, bilingual (German & English) indie print magazine from Vienna (Austria) that focuses on the human stories behind the camera. Each issue features four in-depth photographer interviews, one company portrait behind the scenes and one camera in detail. The first issue is available since March 2019 shipping worldwide and from selected museum shops, galleries, magazine and book stores. Auslöser Magazine is divided into three sections. The first section includes four long-form interviews with selected photographers. Stylistically, categorically, in terms of origin and age, four personalities are put together in very high contrast to create strong, exciting views. Despite a rather modest budget, Auslöser seeks to fight against any unpaid contributions especially ubiquitous on the internet by remunerating every photographer for presenting their pictures and their time. The second section shows a company, a workshop, a printing house, a photo studio, a darkroom, and much more behind the scenes and offers insights into otherwise invisible areas. The third section portrays one camera per issue, with a focus on the aesthetics, less on the technical aspect. Here, especially the artistic realisation is considered.

Behind the scenes photo reportage of the worldwide oldest, still running cinema: Breitenseer Lichtspiele in Vienna

In detail: a special, selected camera from the WestLicht camera museum 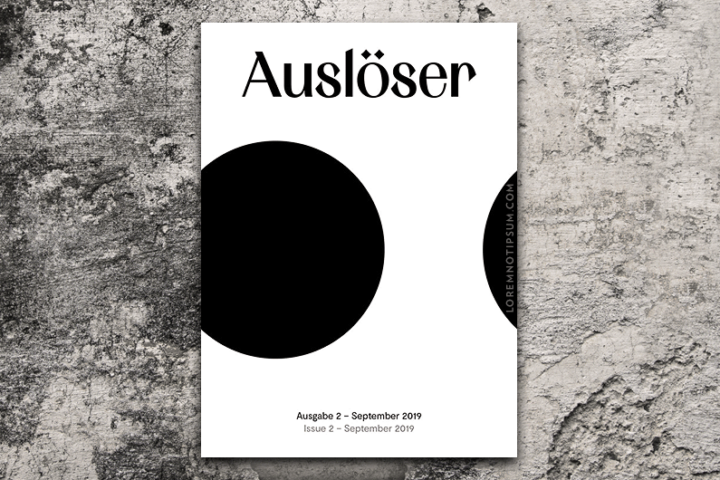