Disegno Magazine No. 17 is available now at LOREM (not Ipsum). Disegno is aimed at those who are hungry for updates on architecture, design and fashion.

Gareth Pugh’s costumes for the Dutch National Opera; an analysis of universal museums at the Louvre Abu Dhabi; a roundtable discussion about defeating the new with Hella Jongerius and Louise Schouwenberg; a return to LA’s screaming cityscape in Blade Runner 2049; reportage from the abandoned mansions of Točka; Christien Meindertsma’s explorations of flax; a history of Paris’s forgotten waterways; 12 emojis for 2018 from Committee, Pentagram, the Campana Brothers, Daisy Alexandra Ginsberg, Morag Myerscough and Maiko Takeda, among others; Project Intrepid’s efforts to combat sexual assault; a chance meeting between Horse Lamp and Night Owl; a refresh to Lufthansa’s design identity from PearsonLloyd; photographic documentation of the San Gimignano Lichtenberg by Erica Overmeer; cultural analysis of a portrait of Edward Barber and Jay Osgerby; Mexico and the USA’s cross-border design history; and explorations of space with Super Mario. 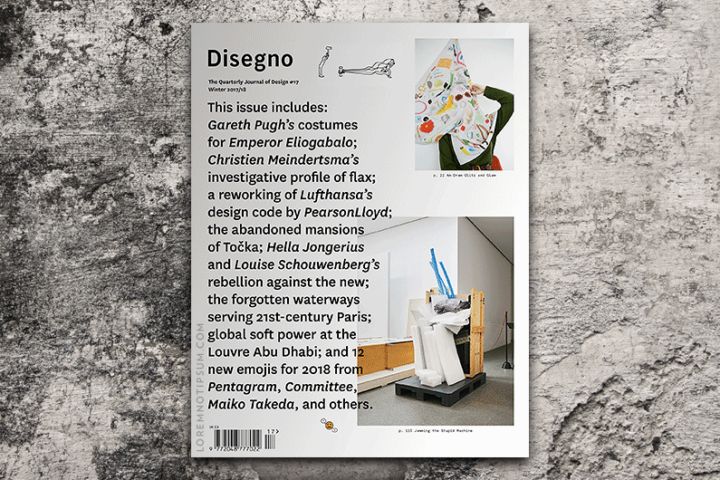