Mayday magazine Issue 5 (It’s all changing now) is here. Mayday Magazine Issue 5 features a journey into the biodiverse Amazon Basin with Thomas Lovejoy, researcher and founder of the renowned Forest Fragments project, Aaron Bastani’s opinion on the current economic system’s role in the climate crisis, and many more.

Mayday magazine Issue 5 (It’s all changing now) is out now. A journey into the biodiverse Amazon Basin with Thomas Lovejoy, researcher and founder of the renowned Forest Fragments project — Aaron Bastani’s opinion on the current economic system’s role in the climate crisis — Feature with Danish artist group SUPERFLEX on what it takes to face cultural challenges — A deep dive into the most natural and unnatural tendencies of the colour green — Utilising art to think ecologically with curator of General Ecology at the Serpentine Galleries, Lucia Pietroiusti — Original fiction shorts — Photo series examining the ebb and flow of our relationship to the sea — the Mayday Index and much more.

Mayday Magazine is a new magazine from Copenhagen published bi-annually. The world is becoming faster and more radicalised than ever. Mayday is an independent magazine about the erratic realities facing people, society, business and culture. Mayday Magazine is for women and men who are curious about the future. We cover art as much as technology, hope as much as despair, and creativity as much as destruction. As long as we see fascinating ideas or troublesome thinking. We are curiously exploring corners of the world and the mind on how to exist when you can’t predict the future or even the next day. Created in a rare combination of clever and beautiful, serious and playful, and forward-thinking yet respectful for the great accomplishments of humanity. It’s a work of art for all senses. It’s original. It’s Mayday. 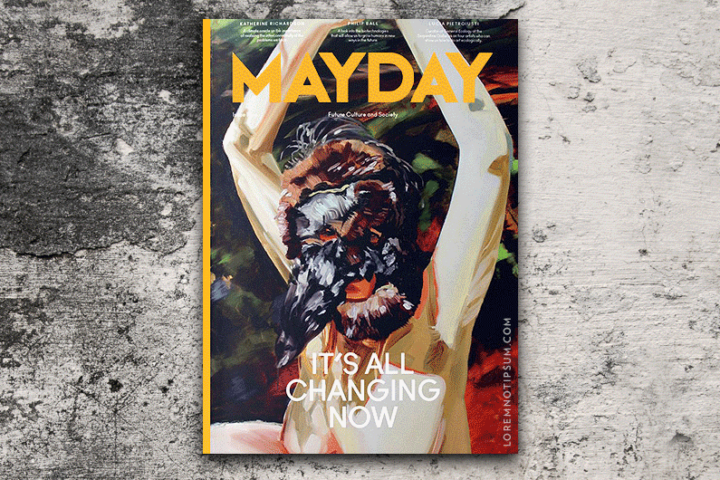