Popshot Magazine Issue 15 (the Adventure Issue) is out now. Our fifteenth issue, featuring twenty pieces of stunning new writing that explore adventure in its countless forms; from the exhilarating to the frightening to the extraordinary.

Popshot Magazine Issue (the Adventure Issue) 15 is available now on loremnotipsum.com. Spread across its pages, expect to find an alluring collection of illustrated poems and short stories that take us to the moon, the end of the world, a deserted cluster of islands, a lake in Mexico, a turbulent hot air balloon ride and an infant’s first encounter with language. 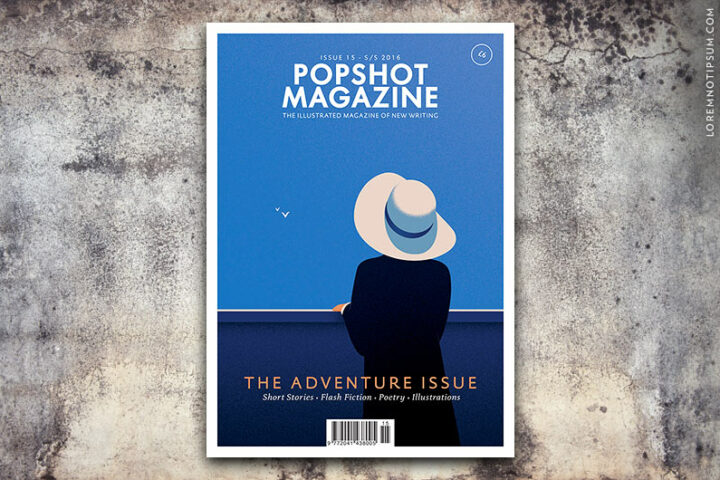