Works That Work Magazine No. 4 is out now. If necessity is the mother of invention, extreme environments must be hotbeds of innovation. Works That Work No. 4 went to find out.

Although humans often create just for the pleasure of creating, some of the most fascinating innovations are driven by the sheer need to survive. Issue 4 of Works That Work began with our first onsite content scouting in Tromsø, Norway, where we sought out the adaptations that make life possible in the challenging conditions of the Arctic. The search continued in other extreme environments including deserts, war zones and the world’s largest squat, taking us as far as Mars and the race to get there.

This issue was also shaped by our first Reader’s Survey. Although responses to the survey consisted largely of ‘keep doing what you’re doing’, there was also some useful constructive criticism. We also tried to accomodate the conflicting requests for ‘more articles’ and ‘lower price’: this is our longest issue yet, and shipping is now free. To help keep the magazine longer and prices lower, we are also introducing our Reader Classified Ads, figuring that if we have to have advertising, it may as well be by our readers and for our readers. Like everything else we do. 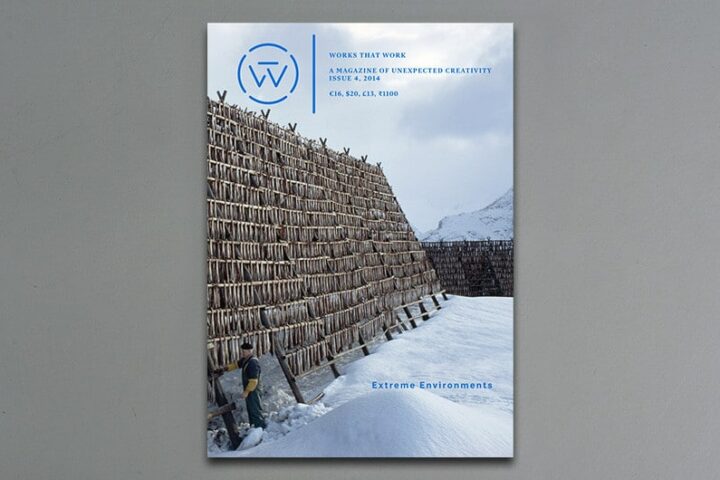