Disegno Magazine No. 24 is available now at LOREM (not Ipsum). Disegno is aimed at those who are hungry for updates on architecture, design and fashion.

A glimpse of panda diplomacy in action with BIG’s new enclosure for Copenhagen Zoo; seven collages that owe their forms to the flora and fauna of woodland; Daisy Alexandra Ginsberg and the problem of better; reportage from the Sudanese protests and their use of graphic art for self-determination; Virgil Abloh’s ceramic block for Vitra; a look at Polari and the creation of designed languages; fresh airspace architecture for McDonald’s Times Square; a trip around Helsinki with Company; death and ageing by way of FaceApp; a tour of Ukraine and the use of craft in shaping national identities; robotic parenting and Yves Béhar’s Snoo bassinet; documentation of Buenos Aires’s Barrio 31; a study of the future of Oscar Niemeyer’s Tripoli Fair; and a chance to win a magazine holder by Paul McCobb, re-editioned by Fritz Hansen. 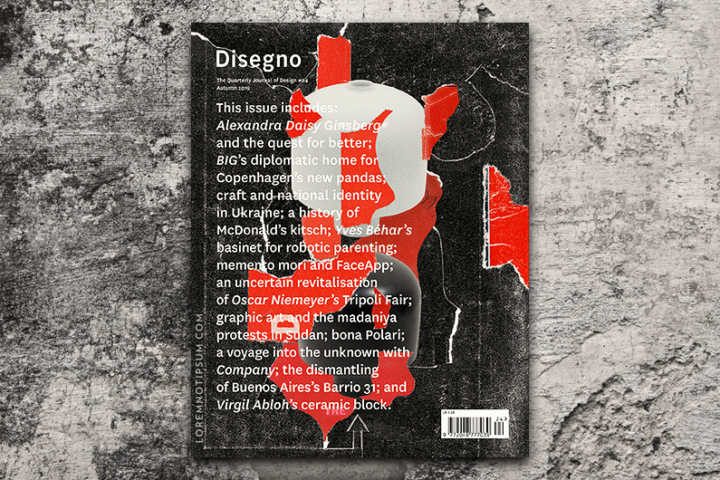