Headmaster magazine No. 8 (The Village People Issue) is available now on loremnotipsum.com. For Headmaster magazine No. 8, the Village People provide a framework in which we can examine hypermasculinity, sexuality, and gay male subcultures. Six artists were each assigned projects analyzing contemporary issues through the lens of one of the six archetypes embodied by this iconic group, while other artists focused on cultural topics, critiquing the group’s social context and legacy.

Headmaster is a print magazine for any sophisticated man-lover who appreciates contemporary art and writing. Each issue features original projects by nine or ten contributors, each a response to assignments specially written by the magazine’s two editors. Issues of our magazines are birthed slowly and carefully – we’ve released eight magazines in seven years – and we only print 1000 copies of each issue. 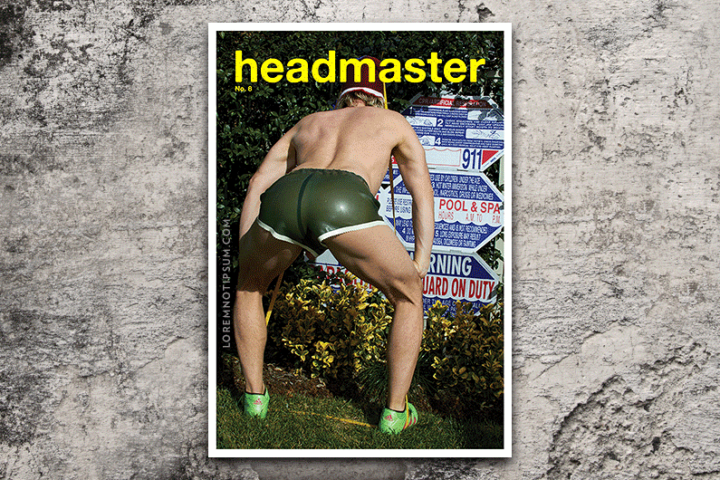