Issue 10 is the last issue available from Hello Mr.

Hello Mr. Magazine Issue 10 is out now. Much of our obsession with astrology, our obsession with projections about the future, has to do with our anxiety about the present. The state of our world has queer and marginalized people uneasy. But it’s in times like these that the future doesn’t make us anxious, but instead excited to take control of manifesting the world we want to live in. Many of the themes in this issue are a projection of a better queer future: Olly Alexander’s tech-obsessed artistic practice or the visionary outlook on the modeling industry of New Pandemics. Then there are those which comment on the future, by way of looking at the past, like Jacob Tobia’s harrowing tale of navigating the gay world as a genderqueer person, Jim Parsons’ honoring of the AIDS epidemic, or Tom Capelonga’s survey of queer pop culture in the Twentieth Century.

When we take time to look at ourselves and our past, we start to pay attention to what the patterns of our life are telling us. But learning about yourself “is not the same as leading a meaningful life,” reminds astrologer Chani Nicholas. “It’s a portal into something that, if worked with, meditated on, leads to everything else.” We owe ourselves the time to evaluate the space we take up. That awareness gives us reason. It guides us forward, into everything that follows. 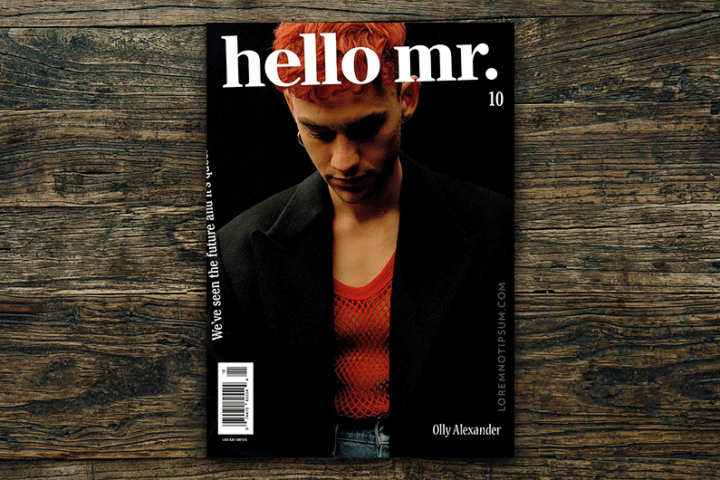