SLEEK Magazine Issue 62 is out now. Issue 62 looks into influence and everything it means aside from social media. After all, the arts, culture and fashion are meant to reflect and create new questions about the times we live in.

SLEEK Magazine Issue 62 is available now at LOREM (not Ipsum). For our Summer issue – covered by photographer Daniel Regan featuring Jim Longden – we’re looking into influence and everything it means aside from social media. After all, the arts, culture and fashion are meant to reflect and create new questions about the times we live in.

What interests us at SLEEK is what the concept of influence means. How, for instance, we assume that it’s such a new phenomenon, so of the zeitgeist, and impossible to imagine in any other climate other than our own social media saturated one, when, actually, influence has been a huge part of how pop culture and current affairs have developed over the last millennium.

SLEEK Magazine is publication from Germany, published quarterly. SLEEK is a comprehensive lifestyle brand that aims to permeate into every facet of readers’ lives. SLEEK is an independent online and art and culture magazine, featuring interviews, short fiction, commissioned photography, opinion pieces, fashion editorials, photo essays and more. SLEEK is distributed globally on newsstands and has an international reputation for its forward thinking content which feeds into a wider cultural conversation. 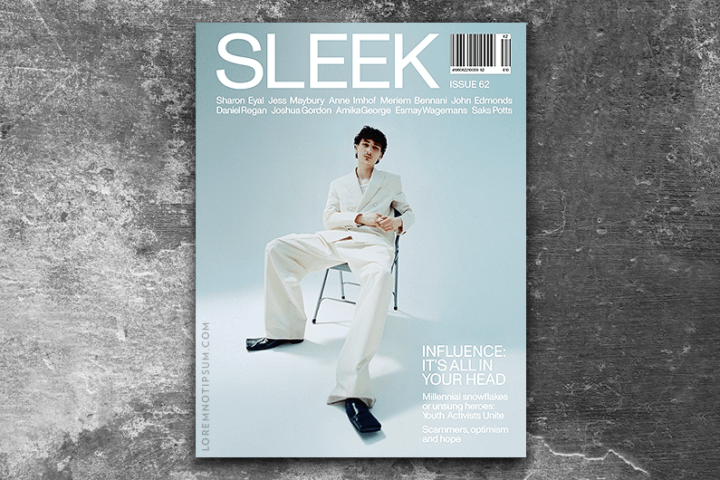