Tooth-Ache Magazine Issue 3 is out now. Tooth-Ache is a food magazine from San Francisco (USA). This issue features a ton of great chefs, both savory and pastry. Toothache is a new indie food magazine made completely by chefs, for chefs.

Tooth-Ache Magazine is new food publication from San Francisco (USA), published bi-annually. Toothache is a small self-published magazine conceived after dinner services with industry friends, primarily during last call at dive bars. Often times, food media is produced by people who do not live and breath kitchen life. Usually, it’s comprised of lengthy articles, a few pictures and a recipe in cups and tablespoons. Which makes sense, because they’re generally not writing for us, but instead writing for home cooks or “foodies”. This magazine’s goal, however, is to give ourselves a little bit of the media power back; to produce a magazine that a chef or cook would actually want to read. We essentially made this a collaborative project and gave chefs blank pages. We then let them add whatever images, recipes, and writing that they wanted. 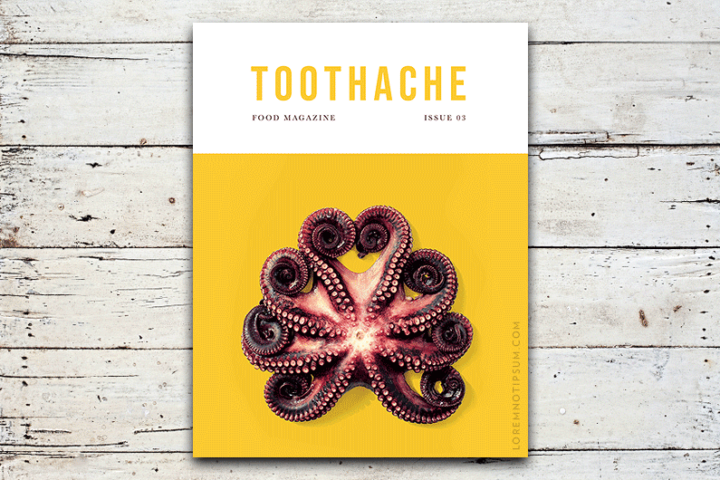