Ambrosia Magazine Volume 1 is available now! Our inaugural issues travels the length of Mexico’s sun-soaked Baja peninsula, from Cabo San Lucas to Tijuana. With the Pacific Ocean to the west, and the Sea of Cortez to the east, Baja California boasts some of the freshest shellfish in the world. But it’s not just about the coastline. The peninsula’s North is home to a temperate climate similar to the Mediterranean. There, you’ll find Mexico’s wine country, where vegetable-driven cuisine is reimagining and redefining Mexican cooking. Volume 1: Baja, México eats its way through Mexico’s little-known West coast, collecting stories and recipes from some of the region’s greatest chefs.

Ambrosia magazine is a new publication about culinary travel, exploring the lighter side of a region’s cuisine through interviews, recipes, and photo essays from its great chefs. Sharing food is intimate. The best way to get to know a place and its people is to come hungry and eat as the locals do. But getting a taste of local flavor shouldn’t come at the expense of eating well. Ambrosia explores the lighter side of a region’s cuisine. Through interviews, photo essays, and step-by-step recipes from its great chefs, Ambrosia eats its way through a region, from roadside stands to Michelin-starred restaurants, and pinpoints what sets the region’s cuisine apart and helps you prepare its healthier dishes at home. 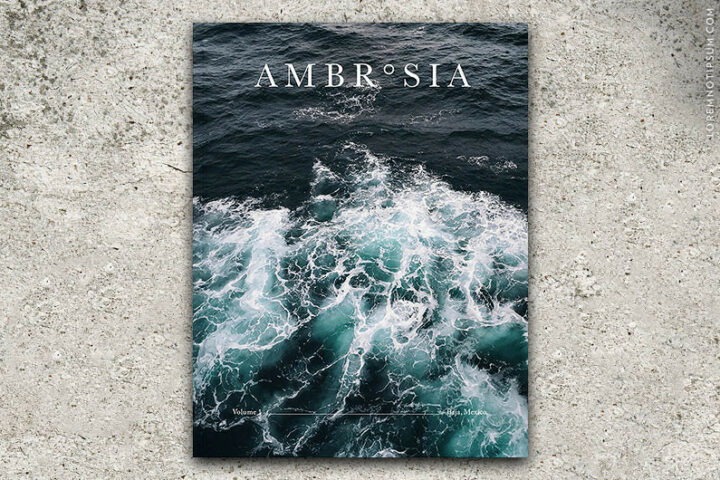