Disegno Magazine No. 23 is available now at LOREM (not Ipsum). Disegno is aimed at those who are hungry for updates on architecture, design and fashion.

A trip to the kilns of Coromandel in New Zealand with Francis Upritchard and Martino Gamper; a 50-year checkup on New York’s Ford Foundation; seven still-lifes of skins, films and wrappers; an exploration of Marie Kondo and the problem of consumption; the woven results of Hella Jongerius’s year-long sabbatical from design; a nature double-bill in exhibitions at New York’s Cooper Hewitt and Milan’s Triennale; a look at Netflix streaming and the future of content design; the world’s first commercial quantum computer from IBM, Map and Universal; the Polyfloss Factory’s plastic cleanup in Antananarivo, Madagascar; a survey of biennales in Fiskars, Finland; Caroline Criado Perez’s survey of gender and data; sunglasses design for puffins; Carmody Groarke’s chainmail life support unit for Charles Rennie Mackintosh’s Hill House; and a chance to win a Bauhaus cushion with a Gunta Stölzl textile cover, re-editioned by Wallace-Sewell. 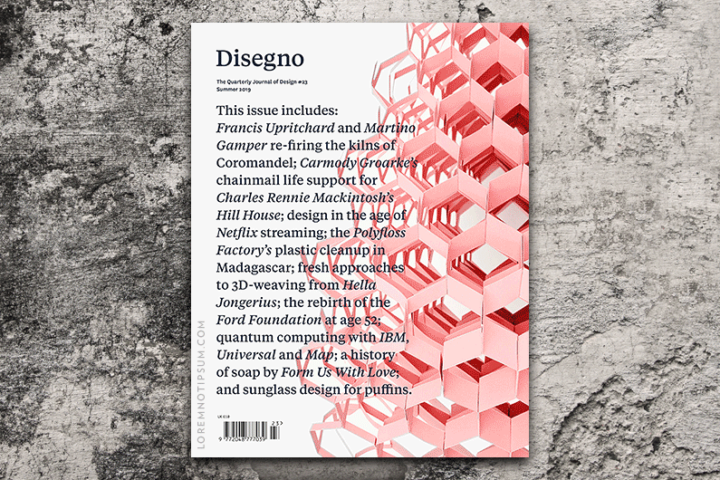