Glory Magazine Issue 3 is available now on loremnotipsum.com. and featuring Sweden. Limpar’s lethal finishing. Sven’s sordid love life. Lagerback, Iceland, and “the most overrated national team”. Ljungberg in his pants, Brolin in ’92, and Zlatan’s brilliant bicycle. Swedish football has its fingerprints all over the English game, and through the years we’ve shared both ups and downs at the hands of those men in the yellow shirts.

Some of us are old enough to remember Euro ’92, when Thomas Brolin and Martin Dahlin combined to defeat the English in what was Gary Lineker’s infamous final international appearance. Two years later, the Swedes were back – outscoring Romario’s Brazil and Baggio’s Italy en route to an unlikely third-placed finish at the USA World Cup. So began a national obsession with the super Swedes. While the Swedish men’s national team may have come and gone in the years since, their fans have been ever-presents: a churning sea of yellow at every major tournament. And that unbridled passion is on show each weekend in the Allsvenskan, where famous names like Malmö FF, AIK and Hammarby Fotboll duke it out in packed, pounding stadia.

Sweden gave the football world Henrik Larsson, Freddie Ljungberg, Gunnar Nordahl and Zlatan Ibrahimović – slick attacking players with a Scandinavian eye for aesthetics. But are the Blågult still capable of producing world-beating individuals? Sweden’s momentous 2015 Under-21 European Championship success was built on the back of collective strength – a team of giant-killers that became emblematic of a new Sweden, where ethnic and cultural diversity are celebrated. And yet, the search for Ibra’s successor goes on.

Sweden has Europe’s third-best women’s football league, and some of the loudest, most passionate supporters anywhere on Earth. Sweden world-leading design and architecture, with stadia – such as Stockholm’s ultra-modern Friends Arena, Tele2 Arena and the historic Råsundastadion – that must be seen to be believed. And beyond the pitch, Sweden offers a travel experience like no other. It’s a land of white nights and northern lights, of islands and fjords, of snow-capped mountains, turreted castles and cosmopolitan style. It’s also the centre of the Scandinavian food universe, with over 20 Michelin-starred restaurants scattered across the country.

It was about time the Glory team saw it for ourselves.

Glory magazine is a new football publication with an ethos to put the ‘beautiful’ back in the beautiful game. We travel the world documenting alternative football cultures including the most remote, exotic and unusual destinations. Glory are a team of designers, writers and photographers with a shared passion for football. We wanted to explore football beyond the Premier League, the Champions League and the World Cup, beyond Sky Sports and BT – beyond even the Football League and the major European club competitions. Football is the world’s most popular sport, and there are countless nations where die-hard fans pack remote, windswept stadia or watch their national teams scrap for the honour of a place in the FIFA top 100. We look beyond the money, the glamour and the trophies to find the real Glory of football. 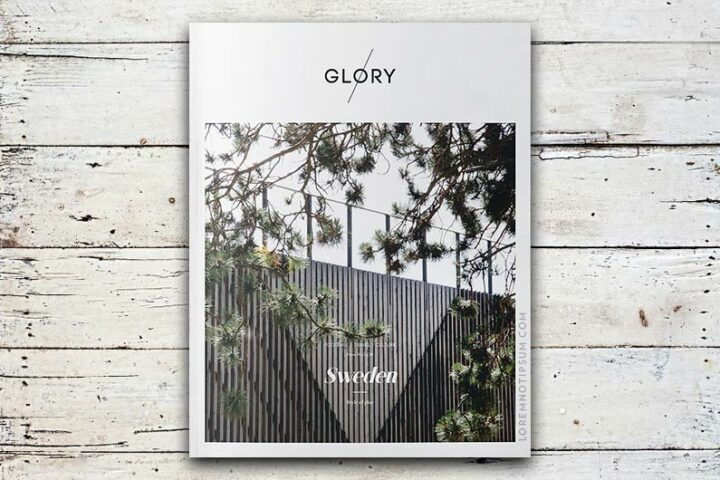