Noble Rot Issue 18 (the Return of the Wine with Attitude) is available now at LOREM (not Ipsum). Issue 18 is featuring Nigella Lawson, the Mosel Riesling, the Noble Rot’s Greatest Television Cooks of all Time and an epic tour of Madrid’s restaurant and wine scene.

Noble Rot Issue 18 (the Return of the Wine with Attitude) is available now at LOREM (not Ipsum).

The Noble Rot magazine is published quarterly and the home of exciting wine and food writing. Since its launch in February 2013 Noble Rot has seen chefs Fergus Henderson, Valentine Warner and José Pizarro rubbing shoulders with artists like LCD Soundsystem, Lily Allen and David Shrigley, blurring the boundaries between gastronomy and the creative arts. Contributors include cult Scottish author John Niven, eRobert Parker’s Neal Martin, The River Café’s Emily O’Hare, Jamie Goode, Richard Hemming and Skint Records’ Damian Harris. Noble Rot was founded by two friends, Dan Keeling and Mark Andrew, who met through a shared love of wine, design and independent magazines whilst working next door to each other on Kensington High Street. 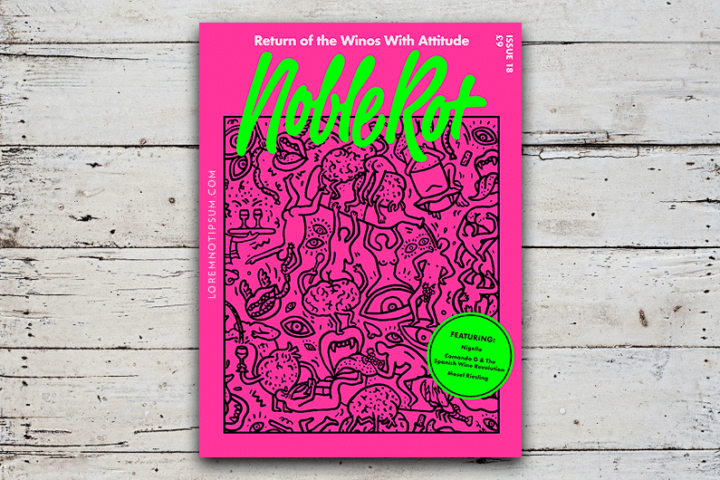