Noble Rot Issue 24 (Wine from another galaxy) is here and is dedicated to celebrating its publication, enlisting some top vinonauts, including natural wine-oracle Alice Feiring and Beastie Boy Mike Diamond, to tell us about one of their own wines from another galaxy: a.k.a one that changed their perception forever.

Noble Rot Issue 24 (Wine from another galaxy) is available now at LOREM (not Ipsum). We’ve often thought a good book is a bit like a good restaurant: a cocoon in which you can escape the outside world. So, in this magazine issue we celebrate our new, lockdown-proof getaway: Wine from Another Galaxy, the first ever Noble Rot book. Written by Rot co-founders Dan and Mark, it charts the story of Noble Rot magazine and restaurants; covers themes such as how to order wine without fear, start your own cellar, or talk about it without sounding like a bore; and celebrates our favourite bottles, and the dreamers that make them, in a ‘Rotter’s Road Trip’ across Europe.

Here, we dedicate issue 24 to celebrating its publication, enlisting some top vinonauts, including natural wine-oracle Alice Feiring and Beastie Boy Mike Diamond, to tell us about one of their own wines from another galaxy: a.k.a one that changed their perception forever.

On the subject of altered perceptions, this instalment’s special guest is former Shadow Chancellor of the Exchequer – and food and wine lover – Ed Balls, who, having lost his seat in parliament in 2015, has undergone a remarkable reinvention: dancing Gangnam Style on Strictly, reviewing restaurants for The Sunday Times, and proving himself as an accomplished documentary maker with the superb Travels in Trumpland and Euroland. We meet him for one of our signature leisurely lunch interviews at Rotter HQ for the inside scoop on MP’s eating habits and his verdict on Trump Winery Chardonnay. 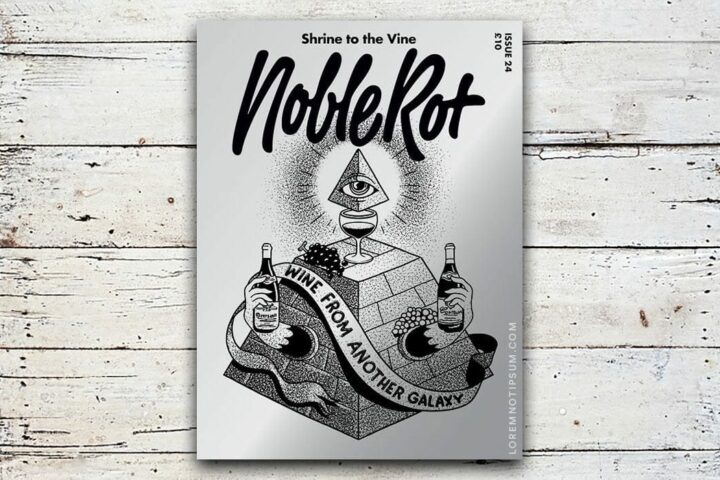