Little White Lies Issue 64 (The Arabian Nights Issue) is out now! To borrow a lyric from The Charlatans, love is the key to the new issue of Little White Lies – inspired by and dedicated to the film Carol from director Todd Haynes.

Little White Lies Issue 64 (The Arabian Nights Issue) is available now on loremnotipsum.com. In this masterful, heart-crushing work, Cate Blanchett and Rooney Mara play a pair of romantically idle women in ’50s New York who meet cute in a department store and gradually, inexorably converge as one. As a piece of craft, the film is untouchable, with cinematographer Ed Lachman and composer Carter Burwell both very much on their A-game. LWLies’ artistic director Timba Smits created the cover, and this is how he approached it: “My inspiration for the Carol cover was to look at midcentury fashions and 1950s Vogue covers and evoke the beautiful hand illustrated portraits (almost photographic) style of the time. I also looked to classic photos/portraits of Audrey Hepburn, who Mara reminded me of throughout the film, and used these for pose and style reference. It’s actually a hybrid ‘Rooney Hepburn’.”

In the back section…

All that plus interviews with Hirokazu Koreeda, Alice Winocour, Joachim Trier, Robert Eggers,László Nemes and Sebastian Schipper, and Ex-Rent Hell re-visits the insane ’90s mind-melter, In Bed with Madonna. 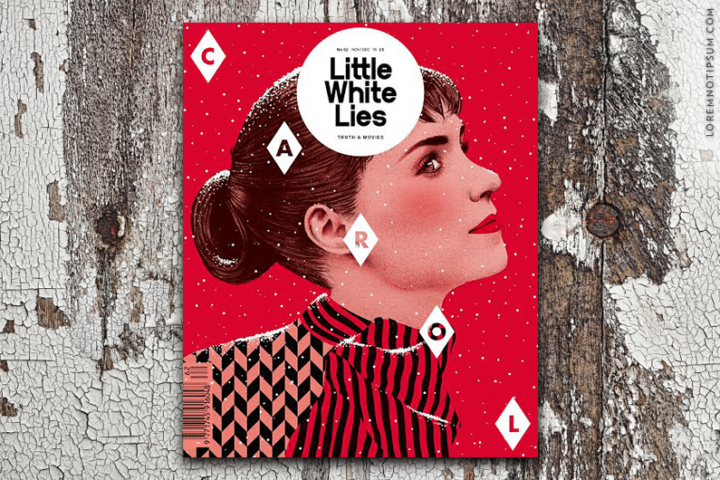