Vestoj Magazine Issue 7 is out now. Simone de Beauvoir once said that ‘one is not born a woman, but rather becomes one,’ and many would argue that the same could be said about being a man.

Vestoj Magazine Issue 7 is available now on loremnotipsum.com. Simone de Beauvoir once said that ‘one is not born a woman, but rather becomes one,’ and many would argue that the same could be said about being a man.

The social nature of masculinity is a pattern of practice, and one rife with complexity and contradiction. Today, it seems more apt to talk about ‘masculinities’ in the plural, to underscore the many ways in which one can be a man, or become one. What we have thought of as ‘masculine’ has changed considerably during different historical periods and inside different cultures, and the social position of masculinity has helped shape not just the gender order by which we continue to define ourselves, but also a hierarchy of masculinities that encourages certain ways of being a man over others. What we consider masculinity is sustained by men, but also by women: how women interact with boys and men continues to have a considerable influence on what we regard as masculine. While the concept of the human mind as a tabula rasa is no longer fashionable, and most today agree that the answer to ‘what makes a man’ lies somewhere between the influence of nature and nurture, the society in which we live continues to have a considerable and ever changing effect on how we perceive ourselves.

Vestoj is a forum where academia, the museum world and the fashion industry can work together and with active communication. We write about the cultural phenomenon that is fashion in a manner that opens up for dialogue between theory and practice in order to raise awareness for fashion as a cultural phenomena and field of research and cultivate an even greater understanding for the discipline. Vestoj will exist outside of seasonally-based trends and news-focused articles. Instead we aim to encourage and champion the critical and independent voice within fashion as well as absolute creative freedom. In order to ensure that we remain free in thought and action Vestoj will have no advertising. Vestoj Magazine focuses solely on sartorial matters, bringing together academia and industry in a bid to combine academic theory, critical thinking and a bit of good old fashioned glamour. Vestoj is produced under the patronage of London College of Fashion. 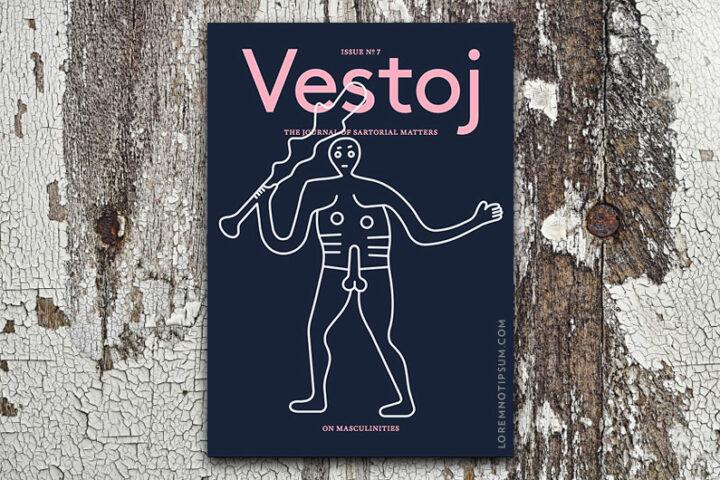