KAJET Journal No. 3 (on Struggle)

KAJET Journal No. 3 (on Struggle) is available now on loremnotipsum.com. Contemporary Eastern Europe—just like other places around the world where capital is king—is facing atomisation as a structural feature of society, one that manifests itself both horizontally and vertically, both at the level of the community as well as in the realm of politics, leaving individuals alienated. The crisis of post-socialism is manifested in its inability (and unwillingness) to engage all members of society, with a growing population of marginalised individuals situated outside formal work and scraping by with minimal welfare benefits. When faced with monolithic power, people with oppressed identities are right to slam into the status-quo for redemption of grievances.

This issue of Kajet seeks to reclaim a lost space in times of anxiety and provide an organised structure of support, becoming an instrument of solidarity between peripheries, between marginals that share a synchronous struggle. Our struggle is therefore internationalist and collective in shape and form. In order to maintain and sharpen this collision of interests, a transgressive kind of trans-regional solidarity that ignores and dismantles geopolitical boundaries needs to be established more firmly.

This pan-peripheral community of struggle becomes a community of purpose, a community of shared goals. The Eastern European struggle is not that of catching up with the West or regaining foothold, but that of maintaining life. For this, we need to lay the foundations for a future-oriented experimental internationalism, one that bridges theory and practice in order to conceive a world beyond capital, one that is led through indignation, solidarity, persistence, and systematic planning. So, dear reader, rise in anger and stand firm in solidarity!

KAJET Journal is developed, designed and printed in Bucharest, Romania. It is a journal of Eastern European encounters that seeks to be more than just a mere signal from the periphery—essentially, to move beyond a purely anecdotal understanding of Eastern Europe. Inside Eastern Europe — an urgent and topical subject matter that needs to be actively represented through the medium of independent publishing. In our attempts to approach scholarly interests with an informal overtone, we provide a platform for academics to co-exist with artists; in this way, KAJET Journal becomes an alternative space where Eastern European encounters are brought to the fore for the steady reader and for the culturally inquisitive Flâneur and Flâneuse.

I. Being is Struggling

II. Everything Was Forever

1. Klodiana Millona—It’s Not the Fault of the House
2. Hristina Tasheva—Static Figures
3. Nikola Yanev—Reconciling Contested Heritage: The Case of Buzludzha
4. Anna Mária Juhász—On the Edge of the City
5. Cristina Cărcănescu—Hopscotch, a Tale of Home

V. Ghosts of the Past

Details: KAJET Journal No. 3 (on Struggle) 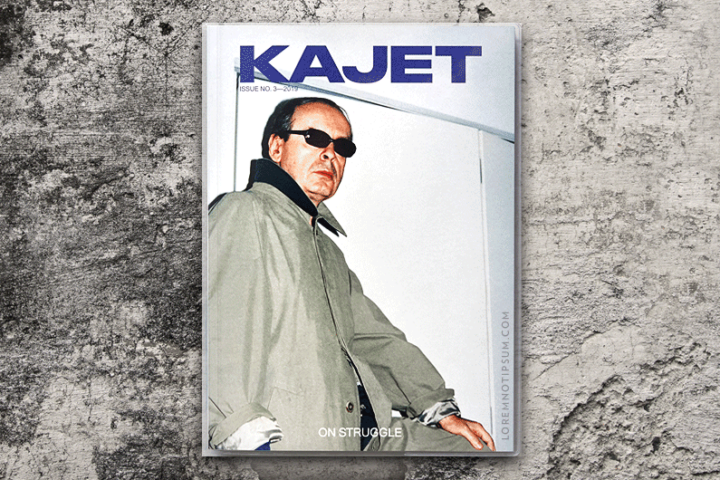