Lost in Seoul – The Travel Guide

Say ‘hello’ to Lost in Seoul. Lost In Magazine (formerly known as 38HOURS magazine) works closely with local bloggers, journalists and photographers from the featured cities.

Say ‘hello’ to Lost in Seoul. Available on loremnotipsum.com. Drinks in a former printing house, interactive art, a disappearing district, galleries hiding among electronics and inventive cuisine on every corner… Get lost in the city of bubbling expansion

Lost In Magazine features 68 technicolour pages filled with tips on: Eating, Drinking, Shopping, Partying, Outdoor activities and wellness. Includes 5 long-form interviews with celebrated locals on their relationship with Istanbul and their absolute favourite spots, a selection of the hottest places to visit in two of the city’s most charismatic neighbourhoods and a selection of our top picks for the entire city.

Lost In Magazine (formerly known as 38HOURS magazine) works closely with local bloggers, journalists and photographers from the featured cities. The interviews, in-depth stories and photographic showcase present the city from a locals perspective. Lost In Magazine is about the value and worth of the experience. It is about the smell, taste, feel, sound and sight that such experiences conjure up. This guide will serve to hone sensitivities and improve the level of engagement with this emerging city. Joseph Djenandji and Philipp Majcher founded 38HOURS Magazine in 2013 (which became Lost In Magazine in 2016). Through prior experience building Groupon’s travel channel in Europe, a great passion for travelling and frustration with the lack of innovation in online travel companies led them to build Lost In Magazine. The Lost In city guides are curated by locals.

An in-depth story on the culinary heritage of Korea
A photo showcase on gender roles by Sunmin Less
An original piece of fiction by award winning author Heinz Insu Fenkl
Recommended books, films & music to get you in the Seoul state of mind 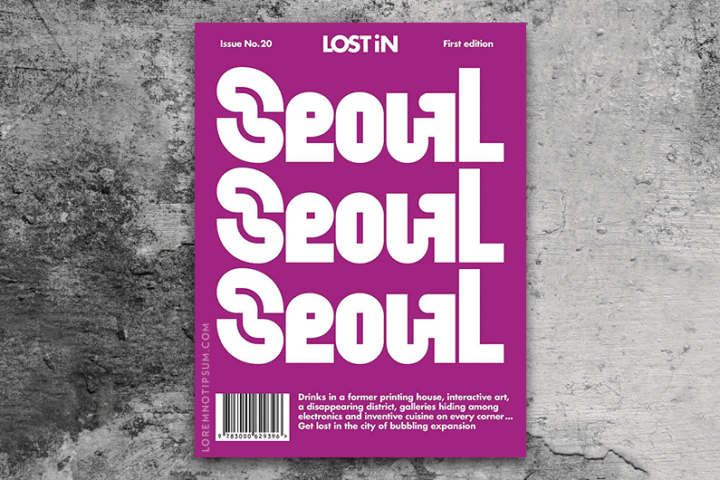