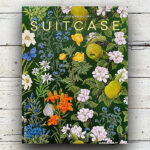 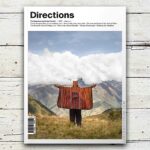 Suitcase Magazine Volume 38 (the Flavour Issue) is now available on loremnotipsum.com. Most often, it’s the tastes, aromas and ingredients of a destination that anchor it in our memory long after we’ve left. From Hong Kong’s seafood street eats to the Michelin-starred restaurants spearheading a global experiential eating movement, this issue of SUITCASE celebrates culinary delights both near and far.

Expect sizzling West African suya on a city side street, a journey through pistachio groves in Turkish hills and basketfuls of foraged British fare, cooked over fire and devoured under the stars. Pull up a chair and take a bite.

Suitcase Magazine aims to inspire, helping people to discover global destinations and cultures beyond the standard tourist path. Through a quarterly print magazine, daily updated website, weekly newsletter  and experiential events, we hope to change the way you travel, with an ultimate aim of bridging cultures and connecting people. As a travel brand, we’re frequently asked how we balance a thirst for exploration with the negative impact that travel has on the planet. Be it climate change from carbon emissions or the pressures of overtourism, the detrimental effects of globetrotting are undeniable. So, should we all stop travelling? Making up over 10 per cent of global GDP and contributing to almost 320 million jobs, tourism is a lifeline for many people and communities, and to stop travelling completely would have differently devastating effects the world over. In an increasingly polarised world, it is perhaps more important than ever to explore new places. Of course, many travel to visit family and friends too. But a careful, considered approach to the trips we do decide to take is paramount. At Suitcase, our intention has always been to provide our readers with thoughtful, informed recommendations, encouraging slower and more mindful travel. We hope we help you to travel better, and always love hearing your stories from around the world.

Daydream about a destination you’ve spent time exploring and it’s often the delicacies that punctuated your days there that evoke the most magical memories. Nutty, honeyed baklava in a Gaziantep pastry shop. Tomatoes infused with sunshine eaten straight from the paper bag in a south of France marketplace. Silky, foraged mushrooms fried up in salty butter and piled onto toast in a cosy Sussex cottage. And it works the other way round, too: Peckham, for example, is where London-based West Africans go when craving a taste of home, assured of finding fried plantain just like mama used to make.

We’ve travelled to all of these places and more in this issue of SUITCASE, meeting the people intent on preserving rich culinary heritages the world over.

Pull up a seat and join us in raising a glass to artisan Mexican distiller Félix Ángeles Arellanes, who determinedly makes (excellent) mezcal the old-fashioned way in Santa Catarina Minas, Oaxaca. Devour a feast of Niçoise specialities alongside British-Indian writer Gurdeep Loyal, who finds surprising parallels between Gallic and Punjabi cuisine as he grazes his way around the iconic French city. Savour a visual feast courtesy of photographer Mark Parren Taylor, who marvels at southeastern Turkey’s famed pistachio harvest and showcases the colourful coastal communities of Hong Kong.

Mark Sansom is our maitre d’ on a tasting tour of the ever-more inventive ways in which restaurants and chefs are creating a conversation around what appears on the menu in his feature on the rise of experiential eating. Just, according to Heston Blumenthal, don’t call it “molecular gastronomy”.

Then, there’s the revitalised Beirut farmers’ market Souk el Tayeb, which became a lifeline for thousands in the wake of the Lebanese capital’s 2020 port explosion, going above and beyond its remit to introduce a younger generation to renowned native produce and recipes at risk of being forgotten. And don’t miss an exhilarating odyssey across the salt pans of Croatia’s spectacular Dalmatian Coast, where prize-winning cheeses, plump olives and revered cuts of meat all benefit from this ancient and fertile landscape. 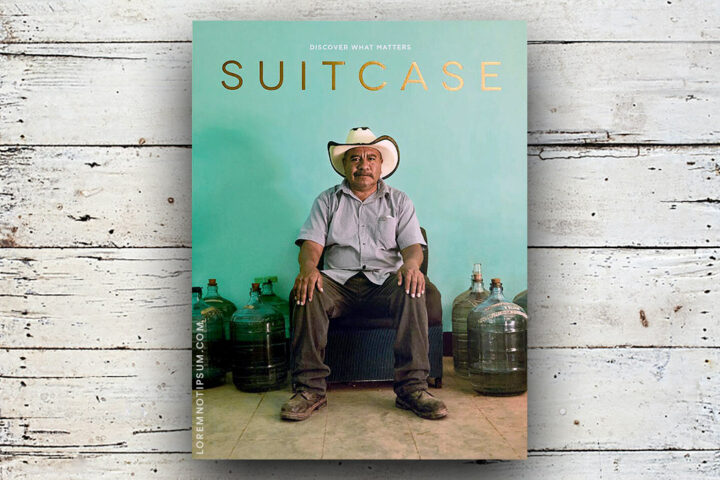