Cartography Magazine Issue 9 is available now on loremnotipsum.com and takes you to Swedish Lapland, Georgia and Galapagos.

Different covers available. Will be delivered as parcel due to its size. 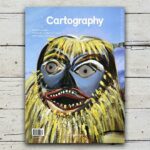 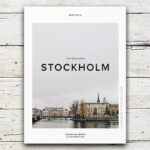 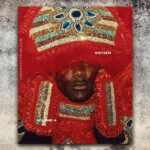 Cartography Magazine Issue 9 is available now on loremnotipsum.com and takes you to Swedish Lapland, Georgia and Galapagos.

What is so extraordinary about the Galápagos islands that they have the power to conjure up the most fascinating and at the same time ambiguous scenarios in those who visit and imagine them? Splendid and wild, with dazzling black lava streams and crowds of living beings, their nature is turbulence turned into stone. They’re rocks embedded in the sea, defended by their inaccessibility. It’s difficult to know why but you just need to pronounce their name to capture the attention and curiosity of whoever is listening. It’s the reaction of those who somehow “know”, who’ve heard about them, imagined and dreamt them. It’s no coincidence that for centuries the Galápagos were called the Islas Encantadas.

Georgia’s rugged geography and its tormented history go hand in hand, struggling uphill and lurching downhill, with hardly any time to relax to catch your breath. Just like life, you might say. And as you gradually trek along, it becomes more and more clear that the senses go beyond words. The Georgians’ best trait may be their ability to step beyond their singularity, not consider themselves for their own sakes, but project themselves into the other and be open to the possible.

Can we still travel? At this point, we should ask ourselves if travelling goes beyond tourism. Yes, it does. It transcends it, because in theory it accompanies every form of movement so long as we don’t consider travel merely a desire, but also the result of the bodily, psychological, sensitive and intellectual experience linked to moving in space, regardless of the forms and reasons for the journey. In truth, travel is like a move of the spirit, a particular experience of mind and body. In other words, it’s an experience of the world undermined by tourist infrastructures which they should instead strive to preserve.

Cartography is a travel magazine. Cartography magazine is specialized in itineraries across the globe. Each destination in Cartography comes with a photographic album, a short text, a map and an itinerary with recommended stops. We are passionate about all things contemporary, traditions, nature, exploration, people and places. Cartography is made for the modern traveller. It’s where your next journey starts. Founded in 2016 by Paola Corini and Luca De Santis, Cartography Magazine is published twice a year. Based in Milan Italy. Every journey hides a world. Journeys shape our idea of the world and the place we have in it. Cartography is aiming at encouraging every single person to embark on a journey in space and time to better understand the world now. Cartography asks photographers, writers, artists, journalists, academics, anthropologists, designers, fellow travellers to gather and discuss why we travel. 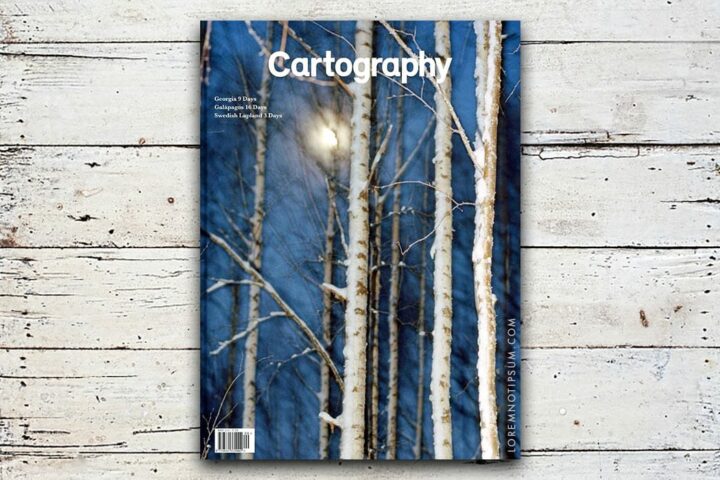