Hot Rum Cow Issue 8 (The Scotland Issue) is available now on loremnotipsum.com. Welcome to Scotland. Our eighth issue is the first dedicated to the drinking culture, contribution and characters of one nation, and we’re keeping it local.

Hot Rum Cow Issue 8 (The Scotland Issue) is available now on loremnotipsum.com. Welcome to Scotland. Hot Rum Cow’s home and a country soused, for better or for worse, in booze. Our eighth issue is the first dedicated to the drinking culture, contribution and characters of one nation, and we’re keeping it local. And why not, when Scotland is and always has been such a well-lubricated place? Delving into the history of Scottish drink we reveal the ingenuity, persistence, bar-room philosophy, dissolute living and underdog spirit that made Scotland a heavyweight of world booze and helped forge the character of its people. We introduce the behemoths of bevvy – 10 Scots who lit up the drinking world in their own way.

From whisky pioneer Friar John Cor, to street philosopher Rab C. Nesbitt via some of Scotland’s most innovative and idiosyncratic products and producers. The whole magazine’s sodden with Scotch. We’re wearing it, cooking it, feeding it to the fish, combusting it, and blasting it into space before we bring it out of its shell at the cocktail party by updating four classic whisky cocktails.

We also crack the drink-dress code with a definitive Sartorial Guide to Drinking and peer into the figurative far corner of the fridge to discover the wonderful world of mouldy, rotten drinks. 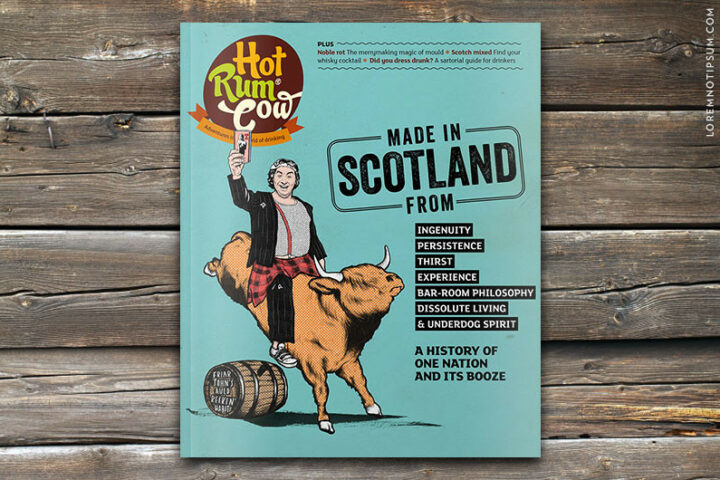