Are We Europe Magazine Issue 2 (The Ocean Between Us) is available now at LOREM (not Ipsum). Our new issue on transatlanticism dives into the social, historical and cultural forces shaping the relationship between Europe and the US. 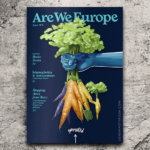 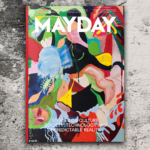 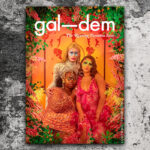 Are We Europe Magazine Issue 2 (The Ocean Between Us) is available now at LOREM (not Ipsum). Our new issue on transatlanticism dives into the social, historical and cultural forces shaping the relationship between Europe and the US. From an increasingly Europeanized Netflix, to the bi-coastal intermingling of hip-hop culture, to black European identity, here’s how Europe and the United States remain incredibly entwined—even if those threads are beginning to fray.

Are We Europe Magazine is a quarterly publication. We think that in the middle of a media landscape that continues to be fractured by national borders (in an otherwise borderless Europe), there’s a niche for a beautifully illustrated magazine, filled with intricately woven sentences, taking on the European landscape as a whole. Politics, lifestyle, deeply reported places that pick apart a certain place or problem, unapologetic social critique, and analysis of where the hell this is all going. Why print? Yeah, we know, it’s a crazy thing to bet on print. What can we say besides that we’re optimists and contrarians. If we weren’t, would we be so bullish on the idea that Europe—whatever its flaws—has a bright future ahead. And most of all, that it deserves to have its story told. Differently.

The Netflix effect
Why European TV is the next big thing

Trump Everlasting
Rage and the dying of the light

Details: Are We Europe – Issue 2