Magazine B Issue 91 (Hawaii) is available now on loremnotipsum.com. Thinking about an island evokes a strange sense of nostalgia. An island is a place we feel we ought to return to someday, even if we are not from an island. And everyone, at some point, has imagined this idea of “going back” to an island. 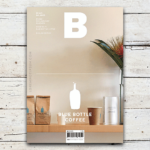 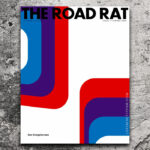 Magazine B Issue 91 (Hawaii) is available now on loremnotipsum.com. Thinking about an island evokes a strange sense of nostalgia. An island is a place we feel we ought to return to someday, even if we are not from an island. And everyone, at some point, has imagined this idea of “going back” to an island. This imagination can become a driving force in our lives when we need to have a vague feeling that we have somewhere to go back to. The fantasy is kind of a last bastion. That almost primal desire to go to an island, if not motivated by the need to escape the confines of civilization, speaks to our instinctual desire to want to recover our natural state as human beings.

After covering a series of places, including Bangkok, Bali, and Copenhagen, B introduces Hawaii, the world’s most famous archipelago. Many symbols have come to represent the ideal image of Hawaii, too: volcanoes, palm trees, rainbows, Waikiki Beach, the greeting “aloha,” hula, leis, and Hawaiian shirts. For better or worse, tourists consume Hawaii like merchandise rather than a culturally rich region. Before the pandemic, Hawaii was visited by 10 million tourists every year—almost seven-fold its resident population. It was seemingly the place of dreams for everyone in the world, so much so that some began to depreciate it by calling it “cliché” or “stereotypical.”

I admit that I also saw Hawaii as nothing more than a predictable, run-of-the-mill beach vacation destination. But people around me began to talk about why they like Hawaii so much, each citing different reasons, and I became increasingly interested in this elusive paradise on Earth. From people who went to the islands on their honeymoon, people who visit each year for surfing and other activities, and people who moved to Hawaii for a second chance in life to others who flocked there for revitalization, Hawaii seemed to be a place where diverse lives, cultures, and natural environments coexist beautifully. In other words, Hawaii has many faces,, and none are subordinate to or dominant over one another. In an email interview with B, one Hawaii-based photographer said something that clearly summed up the islands’ spirit: “It’s hard to define where my home or my place is. That’s because, although I live in Hawaii, the blood running through my veins is not Hawaiian. So, I prefer to call myself a traveler. I think everyone is a temporary visitor to the Earth.”

Amazingly enough, the different interviewees B met over 10 days in Hawaii all treated their homes and work with a “traveler’s spirit.” Rather than focusing on possessions, they tend to preserve Hawaii’s legacy as a lifestyle choice to hand it down to the next generation. Whether it is architectural styles of the 1950s through the 1970s, street food, or music that is deeply imbued with a Hawaiian flair, everything seems to be respected as being a part of Hawaii and a part of nature. Therefore, anything representing the islands is simple and natural, even if it is a bit unrefined or imperfect. That Hawaiian optimism may come from the traveler’s spirit, and in today’s world that is full of reasons to feel anxious, we all need this spirit.

68 LYON ARBORETUM
An arboretum that protects indigenous and threatened species to preserve biodiversity
84 HAKU MAUI
Lei maker Britney Texeira’s lei shop enhances the meaning of the flower wreath, which is an everyday object for the Hawaiian people

92 THE LILJESTRAND HOUSE
A residential space designed by late Vladimir Ossipoff, an important figure in the history of modern Hawaiian architecture

112 IIAD & KENDALL
Iiad Mamikunian and Kendall Carroll enjoy a life focused on family, nature, and relaxation in their house with a view of sandstone cliffs and the sea

138 OMIYAGE
A way of remembering Hawaii

168 MAELIA LOEBENSTEIN CARTER
The Kumu Hula, or hula master, follows a family tradition to carry on the traditional Hawaiian dance

174 KAKA‘AKO
An introduction to Kaka‘ako, a neighborhood in Honolulu that is considered an exemplary urban regeneration project and now leads change across local communities, and its three representative brands

198 CHINATOWN
Chinatown, the center of Hawaii’s reviving art and culture, and its community hub Bās Bookshop 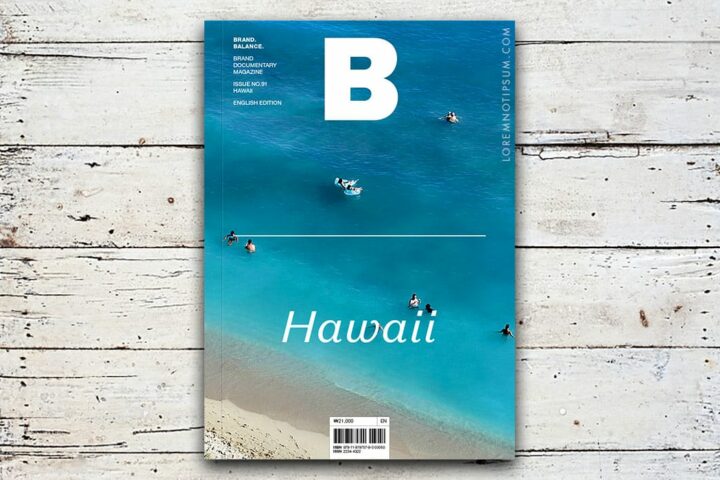