Magazine B Issue 79 (Mini) is here. Magazine B dedicates each issue to the story of one specific brand. Magazine B discovers brand from around the world based on four standards: beauty, practicality, price, and philosophy.

Magazine B Issue 79 (Mini) is here. Magazine B dedicates each issue to the story of one specific brand. Magazine B discovers brand from around the world based on four standards: beauty, practicality, price, and philosophy.

It was precisely the spirit of two such professionals that laid the groundwork for the Mini car brand in 1959. Today, many find it unfitting to think of Mini as just a car brand because it has risen as an emblem of design, culture, and lifestyle. The brand’s 60- year iconic mien is still rooted deeply in the very first automobile prototype. Sir Alec Issigonis, the inventor of Mini, was an engineer who considered himself a designer. Thoroughly exhausting his dual expertise in terms of aesthetics and mechanics, the Mini was born as a highly competitive car that was not just small in size, but also beautifully optimized vis-à-vis the limited space. The collaborating engineer, John Cooper, brought to the table his experience in car racing and contributed significantly to making Mini a high-performing racing car. Together, this duo demonstrated how approaching a profession with flexibility can result in significant achievement.

Personally, I am drawn to Minis because they look like faces with various expressions and emotions. A few years ago, I went to Edinburgh, Scotland on business, and seeing fleets of colorful Minis zip down cobblestone roads on an overcast day left quite an impression on me. And their agile maneuvers stood out even more against the backdrop of the dreary, dark-toned Gothic architecture. Driving alongside German cars with virtually perfect mechanical prowess, Minis were bringing color and life to the city. This effect is not because of its size, though. It’s about the overall stylish image—even with its many curvy lines, Minis have an undeniably vivid personality whether parked or on the move, so much so that the tiny machines almost look human. In 1960s-era London, a common saying was “If you can afford a Rolls-Royce, you must drive a Mini Cooper, too.” I can only assume that this joke came about because people felt that no other car could mimic Mini’s distinctive, lively energy.

Another aspect worth mentioning is that Mini’s lively spirit was actually a product of harsh limitations and circumstances. The British oil shock triggered high demand for small economy vehicles—a history that ironically turned out to add immense positive energy to the Mini. The rather cute face we see today is deceivingly, in fact, because the car was a solution to a national crisis and not a product of prosperity. The Mini story illustrates how everything in business—not art—is contingent on being able to recognize and work within limitations whether the constraint is about money, time, physical limitations, human power, or any other resource. As we enter a new social milieu, more obstacles manifesting in countless forms will engage us. To be certain, they will encompass legislation, political and social issues that will go viral on social media, and environmental issues like the question of sustainability. They will loom large and squeeze the scope of creative endeavors. But that’s not necessarily a bad thing. Overcoming such deficiencies generates ideas that make objects and spaces effuse with humanity—the strongest force that can be overpowered by nothing else. After all, humanity is the only element that can embrace anything and everything, and Mini’s success story evinces this most authentically. 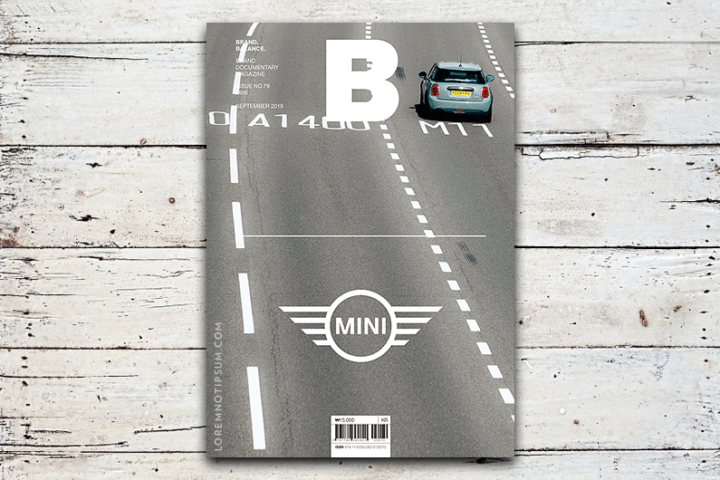